The Biggest Poker Wins of the World Series of Poker 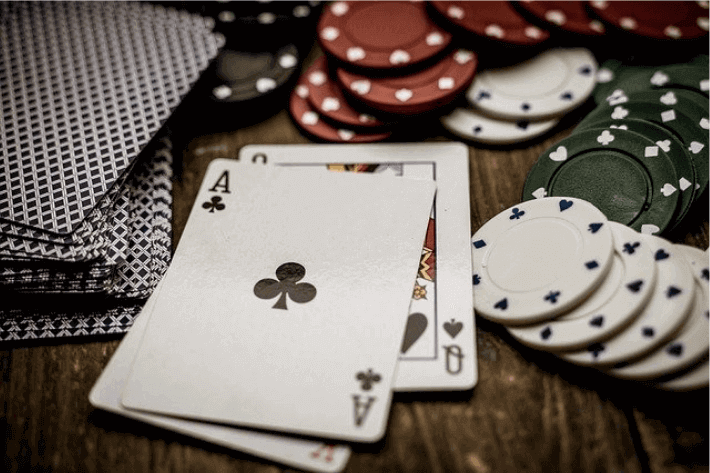 Dating back 50 years, the World Series of Poker is the biggest event in the game. This prestigious competition accounts for the biggest poker wins in history. Over the years, WSOP players have earned more than $3.3 billion at the tables.

The WSOP features more than 100 events, including many that take place online. But for many people, the WSOP really boils down to the annual WSOP main event, which is the world’s biggest Texas hold’em poker game. It has the highest stakes and it attracts the world’s best players.

The tournament was started in the 1970s by Benny Binion, who invited the seven most famous poker players of the time to a single game held in one of his casinos. The winner was determined by the players using a secret ballot. Jack Binion, the founder’s son, now runs the series, as well as the casino organization behind it.

WSOP has grown to become one of the biggest poker tournaments in the world, and over the years both the payouts and the prestige of the winners have become unmatched. There have been European, Asia Pacific, and African offshoots of the series, as well as an international circuit that was introduced in 2015. Poker is more popular than ever.

Currently, variations of Texas hold ’em, Omaha hold ’em, and seven-card stud are played at the tournament. There’s an entry fee of 6% to 10% depending on the buy-in. WSOP payouts reach up to $1,000,000 for the top nine players at the tournament, but there are winnings for those far lower in the rankings as well.

A special event known as WSOP Big One for One Drop was introduced in 2012. It’s a $1 million buy-in charity tournament, with $111,111 of each buy-in going to the charity known as the One Drop Foundation. Celebrities such as Johnny Chan, Daniel Negreanu, Jonathan Duhamel, Tom Dwan, Laliberté, billionaire businessman Phil Ruffin, and Erik Seide have taken part in the game. At this point, the tournament’s $1 million fee is the highest buy-in of any tournament in the world.

Miss America gets a crown, Super Bowl winners get a ring…and WSOP champs get a bracelet. The WSOP bracelet didn’t have much prestige attached to it at first. When it started, it was a simple $500 prize. But over time it became a symbol, and now the design and the worth of the bracelet reflect the WSOP’s high stakes. And why not? As World Series of Poker

Commissioner Jeffrey Pollack said during the 2006 bracelet unveiling, “It is the equivalent of winning the Stanley Cup in hockey or the Lombardi Trophy in American football.”
If you don’t count the cash winnings, WSOP bracelets are the most coveted prizes in the world of poker. They have been awarded to every winner since 1976. Those who won tournaments before the bracelet was introduced are considered bracelet winners as well.

There are many ways to measure who’s at the top of the game when it comes to poker, but it’s probably best simply to compare players on the basis of their winnings. The WSOP All-Time Money List ranks players based on one simple metric. The biggest tournament poker winners are the legends of the game.

A former magician, poker pro Antonio Esfandiari has won three WSOP bracelets and is known for his elaborate tricks, numerous television appearance, and a now-defunct poker website.
However, Esfandiari is most famous for one of the biggest poker wins in history: He won a single payout of just over $18 million. For a while, Esfandiari ranked first on the All-Time Money List, but his place has been challenged by Daniel Negreanu. The two have switched places on the list several times.

In 2012, Esfandiari took part in the Big One for One Drop tournament and won the event. There were 48 entries, which means the total prize pool was about $42 million. Esfandiari’s share was $18,346,673. To this day, that remains the highest single poker tournament payout of all time.

This Canadian poker professional was inducted into the Poker Hall of Fame in 2014 – and for good reason. He’s held the title from two World Poker Tour championships and has won 6 WSOP bracelets so far. Negreanu has taken part in all the big poker tournaments over the years and has scored some of the biggest poker wins of all time.

Negreanu ranks second in all-time wins, but he is often considered the most important player of the decade due to his style and influence on the tournament scene.
One unique bit of poker trivia: WSOP bracelet events take place in Las Vegas and at a changing location in Europe and the Asia-Pacific region. Negreanu was the first of all WSOP poker winners to win at all of these locations.

One of the players who belongs on every list of the best poker players of all time, Jamie Gold is a poker legend. He’s not at the top of the lists now, but there was once no bigger player in the game. Many of the current champions still look up to Gold for his style and bravado. Gold was the WSOP main event champion in 2006, when he won $12 million in a single payout.

The win was controversial at the time because Gold was sponsored by a website that had a right to part of his profits. The deal was made before the WSOP event took place and it stated that Gold’s partner had rights to a part of Gold’s winnings. Gold skipped out on the deal after making one of the largest wins in poker history, which resulted in a long lawsuit.

Phil Hellmuth holds the record for the number of bracelets won at WSOP tournaments. A Poker Hall of Fame honoree, Hellmuth has 15 WSOP bracelets so far. The colorful champion is known for his difficult personality, which has led him to have arguments with other players on numerous occasions. The sheer number of WSOP main event victories has earned him a place on the all-time biggest winners list, where he’s currently at number four with about $14 million in winnings.

Hellmuth’s career is one of the longest-running in the game. He’s been active at the top level since the late 1980s. Thirteen of his 15 bracelets are for Texas hold’em events, but he has also performed well playing other poker games over the years.

His biggest individual win came from the Big One for One Drop tournament in 2012, where he won the 4th biggest poker win of the event, collecting just over $2 million.

Chris Moneymaker (that’s his actual last name) is a unique player in the world of poker world champions. That’s not only due to his chops and the amount of money he has won over the years, but also to how he came to be a professional player. Moneymaker has been known as the best online poker player since he was the first to become WSOP champion after qualifying for the tournament at an online event.

Moneymaker came to prominence in 2003 when he applied for one of the satellite tournaments and worked his way up. He faced professional players such as Sam Fahra and blew them away. His initial buy-in for the tournament was about $80, and he went on to join the top players and WSOP bracelet winners with a total win of about $2 million at the main event.

That’s the dream of everyone trying to play from home.

Over the years he has won about $11 million.

Nguyen’s larger-than-life personality has attracted the attention of fans and admirers. He often drinks during tournaments, and he has shown disregard for the rules and decorum of the game. Nguyen has also taken part in other gambling tournaments such as blackjack, but his biggest payouts come from the World Series of Poker.

The World Series of Poker is the world’s biggest professional poker tournament and it holds a place in history because it has seen the biggest poker wins as well. The tournament is mostly there for the pros, and it’s a big event. It’s covered by ESPN and oriented towards advertisers. But it’s also a tournament for aspiring players and those who want to make it to the top of the field.

With tournament winners taking home millions of dollars and charity events with million-dollar buy-ins, poker has become a big business. The all-time winner list is definitely the who’s who of the game, and there’s always a rivalry for the number-one spot.

How many places get paid in the World Series of Poker?

Everyone’s curious about how payments work for WSOP tournaments. It all depends on which part of the tournament you’re taking part in and how high the buy-ins are. This WSOP payment structure is intended to attract both new and experienced players. Even low-level players take home some cash, since approximately 15% of all players get a payment that’s higher than their buy-in.

The public focuses on the main players and the main table, but there are qualifying events and online tournaments all year long. Of course, when it comes to payouts, WSOP main event winners are the biggest names. Each of the top nine players at the main event takes home at least $1 million.

Can you win real money on WSOP?

Yes, you certainly can. There’s plenty of real money to be won there. The biggest prizes are there for professional players and those who have been in the game for a long time, but there are smaller buy-ins and tournament events that are there for semi-professionals and aspiring amateurs as well. The biggest wins in poker history go as high as a million dollars per game, but there are thousands of unnamed players at each event.

When it comes to smaller prizes, it’s important to compare them to the buy-in for getting into a tournament. The awards will be lower for games with a smaller buy-in, and the buy-in for the main event is $10,000. There are players who have been able to get the top prizes when starting from a small online game, but that takes skill, effort, and luck.

How much is a WSOP bracelet worth?

The bracelet started as a humble token for winners, and at first it was worth about $500. However, as the prestige of the event has grown, so has the bracelet’s value – and the effort that goes into making and designing it. At this point, the bracelet is the most sought-after reward beyond the WSOP final table payouts themselves.

There’s no confirmation about the value of the bracelet for the last WSOP tournament, but it’s believed to be worth about $500,000 in addition to whatever value it has as a commemoration of the event. At this point, bracelets have been won four times in a row by three players. No one has yet won five in a row.